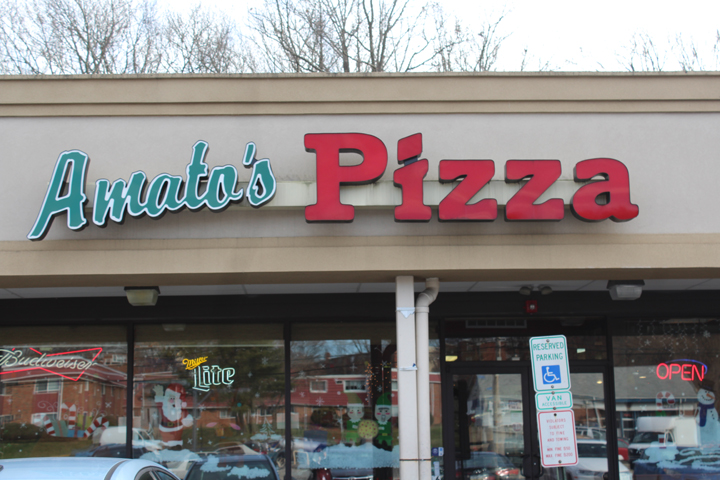 made from tried and true – and perfected in America – family recipes from their native country.

Much of the fare at Amato’s Pizza comes from the brothers’ family favorites passed down from their mother and grandmother.

“I love cooking,” Roy said proudly, during a rare break at his busy 50-seat eatery. “Seventy percent of the stuff goes through my hands or my brother’s hands. We never change anything.”

Asked how the restaurant’s popular pizzas and pizza by the slice stack up against Italy, he said, “Italy’s different.” There, brick oven individual-size pizzas are the norm. 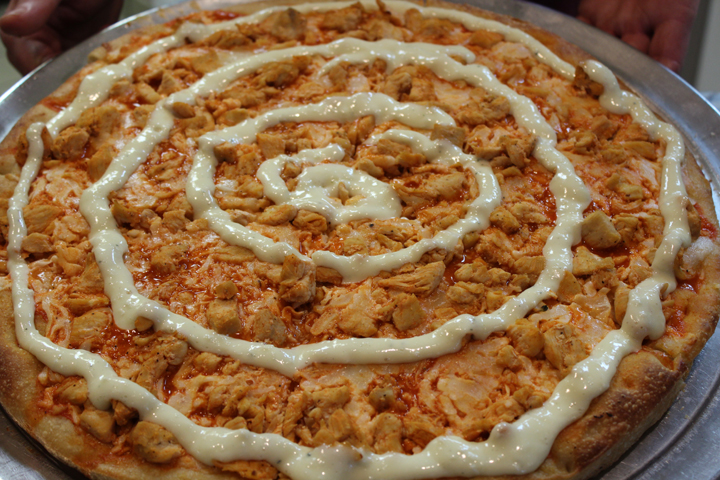 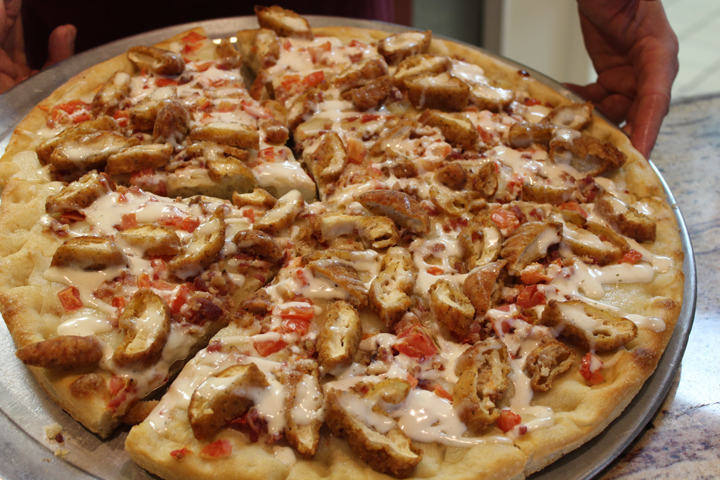 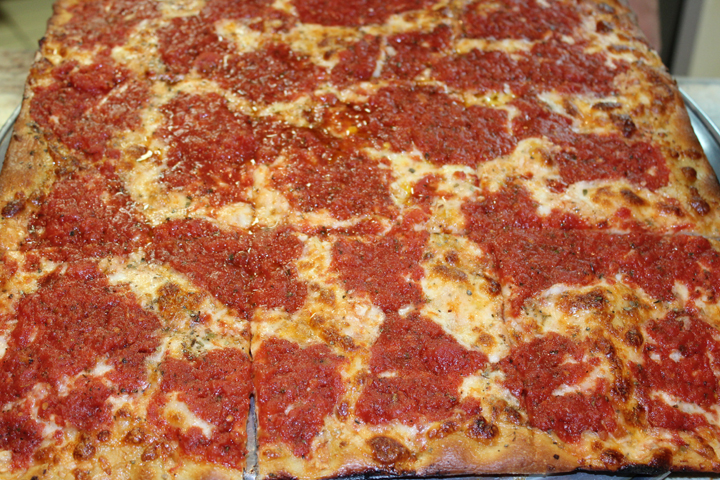 The brothers purchased the restaurant in 1982 from its original owner, which had opened Amato’s Pizza in 1968. Roy and Sal opted to keep the name since their uncle and mother had the last name Amato.

Owning the business for 35 years and counting is “the American dream,” Roy said.

A truly family run business, eight family members work at Amato’s Pizza, in addition to the brothers. The hope is that eventually the family’s next generation will take the reins.

Roy, of Falls Township, said Amato’s had been previously located in the middle of a shopping center. A fire in 2009 caused the business to close for 13 months while the current location, on Trenton Road, could be built. Once the business reopened, Roy said the locals helped the family get back on its feet.

“We don’t forget about them,” Roy said of the regular customers who have continued to patronize their business. “We appreciate the people from this area who supported us. We’ve been here a long time and people know us.”

Apparently, knowing is akin to loving.

Amato’s Pizza is in the Fairway Plaza Shopping Center, 116 Trenton Road in Fairless Hills. Hours are Monday through Thursday from 11 a.m. to 10 p.m.; Friday and Saturday from 11 a.m. to 11 p.m.; and Sunday from noon to 10 p.m. Dine-in, takeout and catering are all available. The restaurant is also available to host special events, such as office and birthday parties. For more information, call 215-945-6045 or visit www.AmatosPizzaPA.com.