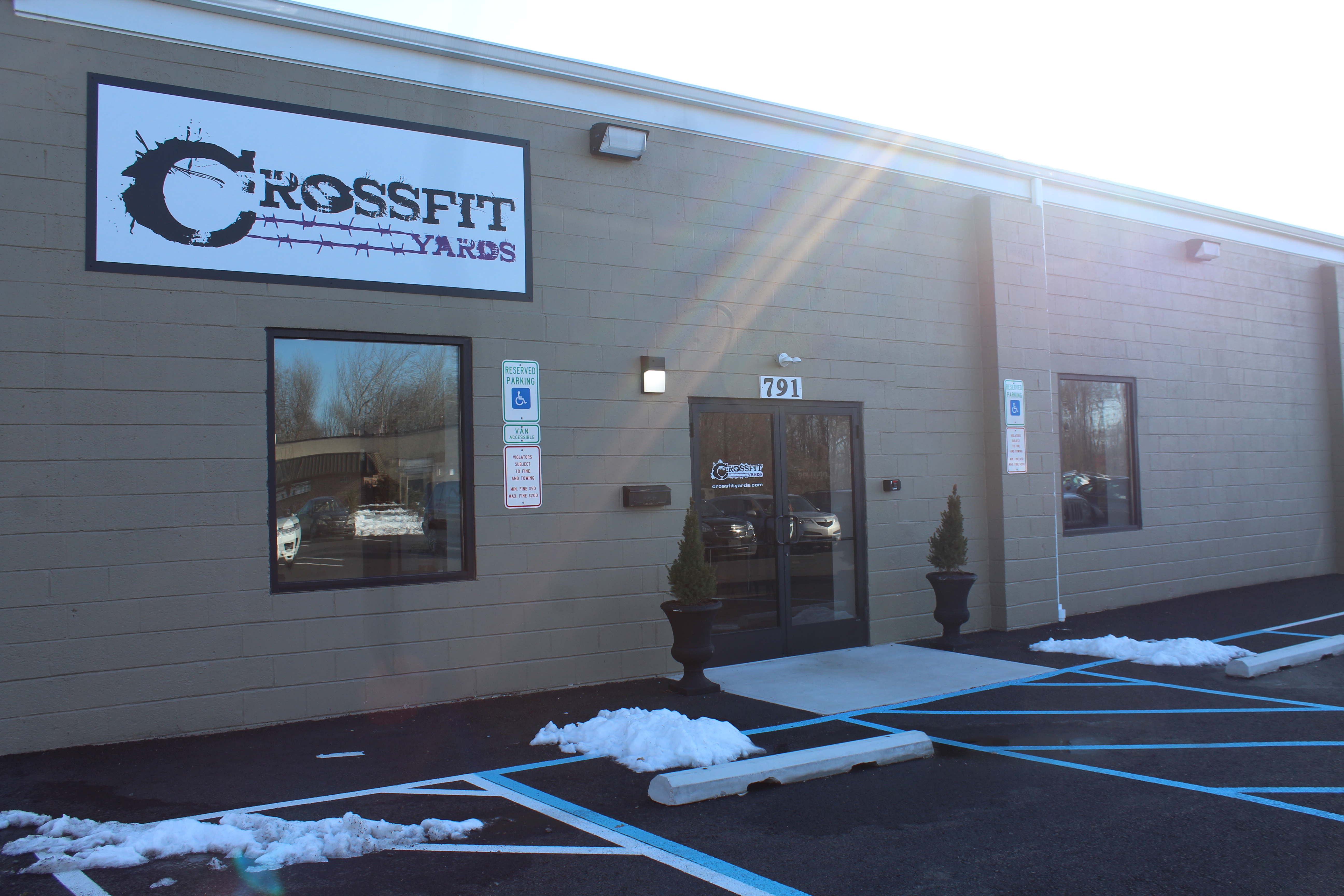 Jessica Shugar had taken a hiatus from her job as a fitness coach to raise her kids. When it came time to re-enter the job force in 2012, Shugar wasn’t keen on taking a desk job.

So, she created her own workspace. Her office of sorts was the driveway and garage at her home. It was there that Shugar, who was and is certified to teach CrossFit, began leading strength, conditioning and high endurance physical fitness classes.

“I was not charging anybody,” Shugar said. “Just by word of mouth, people started coming.” 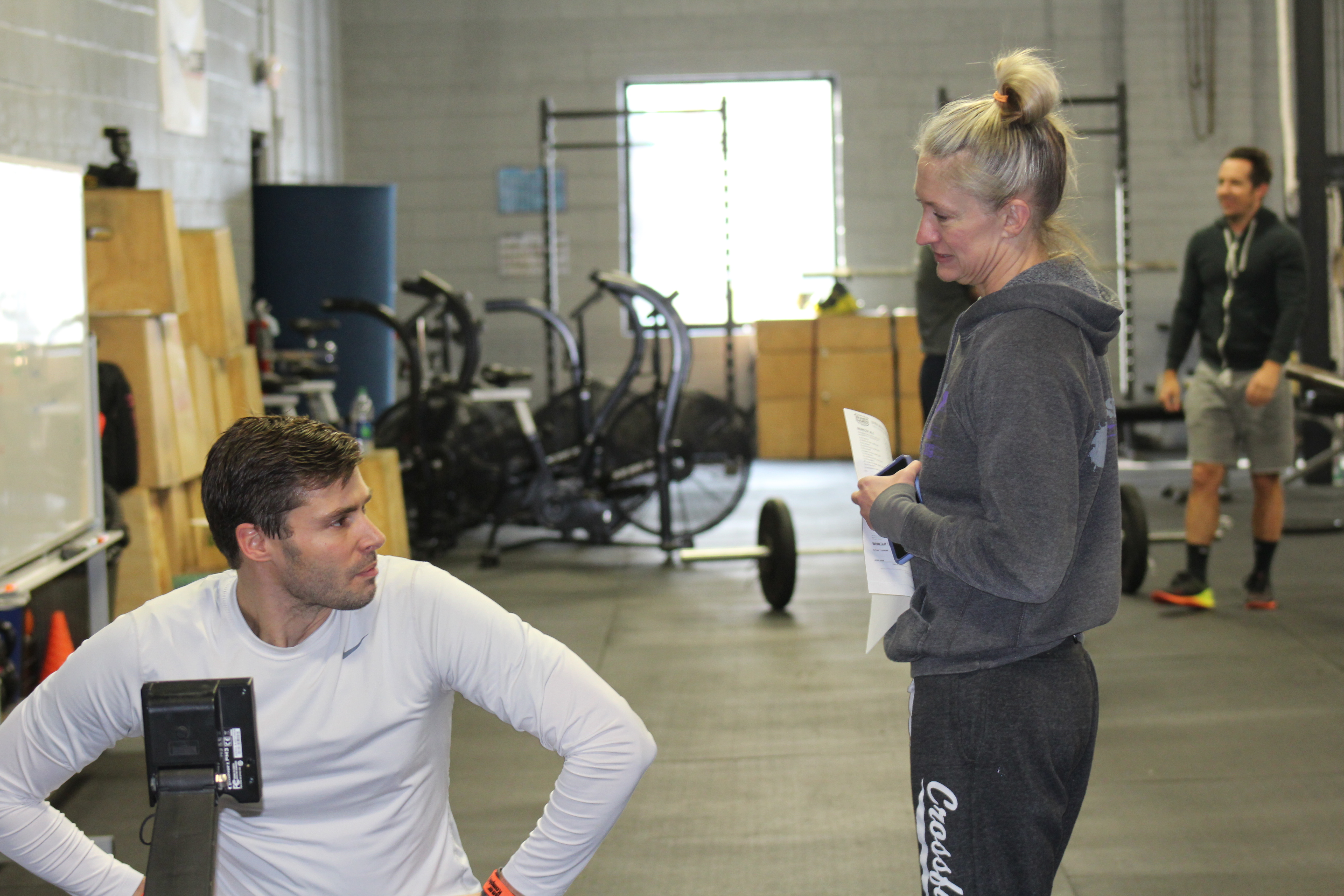 Jeff Fisher was one of the first to work out with Shugar in her garage. He had taken up CrossFit in 2010 following a back injury the previous year.

“I realized that the key to fixing that issue was to attack it aggressively,” Fisher said. “Admittedly, I hurt my back. But, it would heal that much quicker.”

He had tried other CrossFit facilities in the two years leading up to Shugar’s establishment of CrossFit Yards, but didn’t feel like he fit in.

“The culture is so fantastic here,” Fisher said. “We’re workout friends. We become good friends. Any group fitness where you feel like you’re in it with other people, you find a community and it really helps to keep you motivated.” 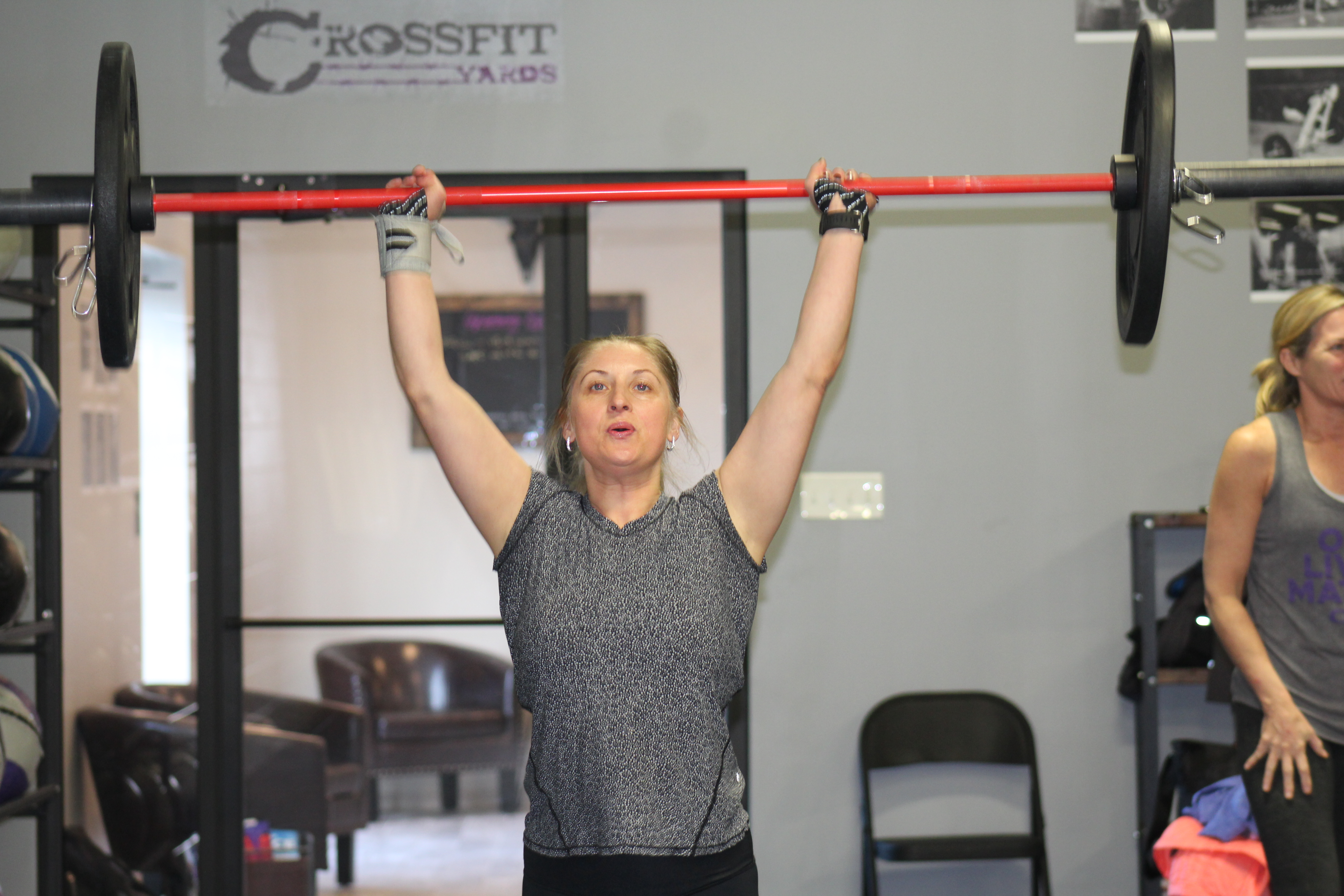 Shugar and her five other trainers offer CrossFit workout classes (as well as open gym time) for the gym’s 100 members at varying times, seven days a week.

The camaraderie and team spirit feeling sets CrossFit apart from other workouts. Peers clap and cheer when someone masters a new technique.

“Everybody’s so happy for them and it’s so exciting,” Shugar said. “That’s what people experience. We are one big, crazy, dysfunctional family.”

And she loves that aspect.

“I could not be more lucky to have all these people in my life,” she said. “It becomes this whole extended family. We have every aspect of everybody in our gym. We’re all there for each other in every part of our life.” 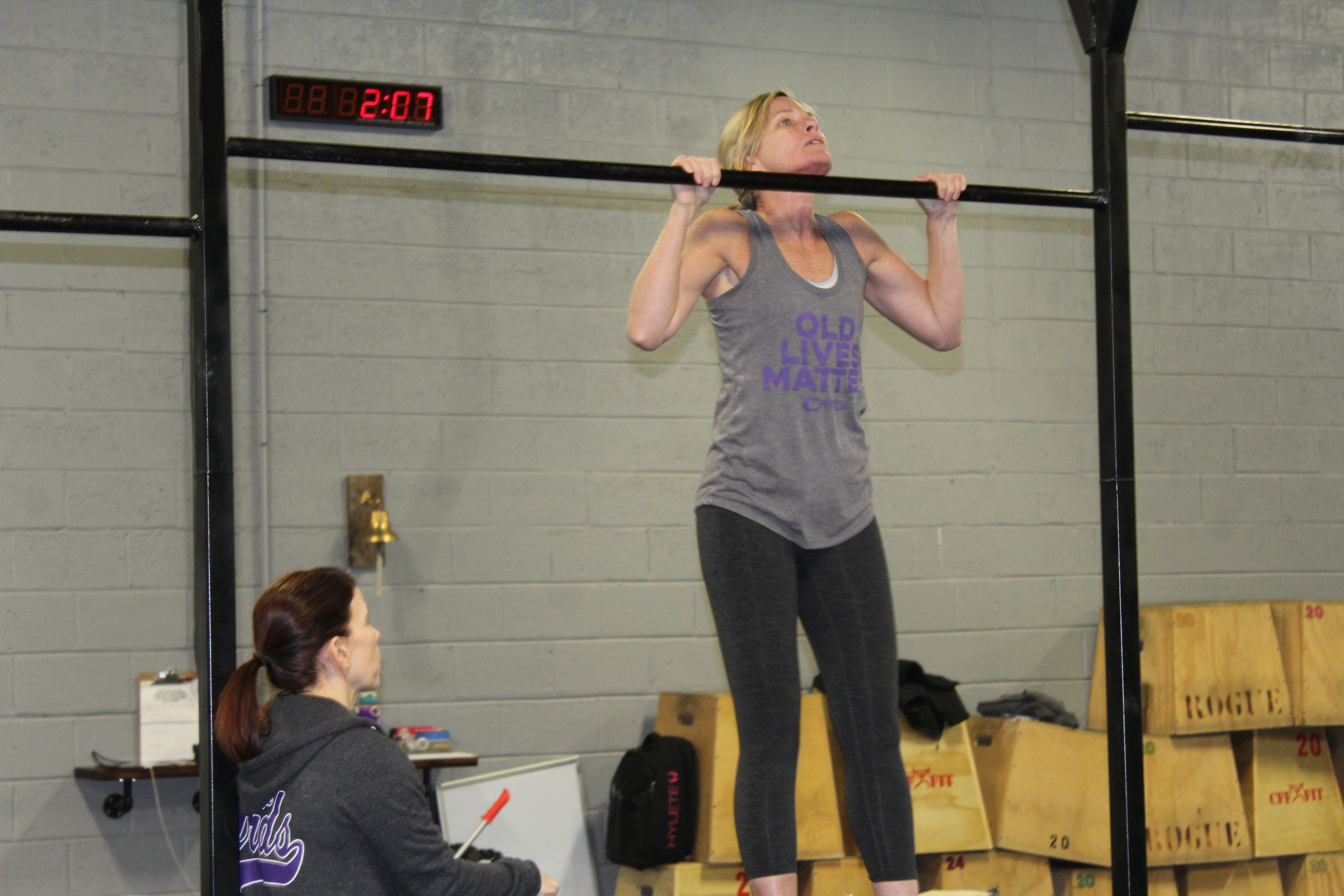 Victoria Elliott, who, like Fisher, began CrossFit with Shugar in 2012, joked that she and her workout family have exchanged 1 million group text messages.

“They’re real,” Elliott said. “I love everybody here. This has become a major source of social life for me. It brought a lot of us closer together.”

The workouts – which blend weightlifting, gymnastics and high-intensity movements – are challenging. It’s the idea of suffering through them that brings people together, according to Shugar.

“We’re always trying to improve our technique,” Shugar said. “You never just have it and you’re done. It’s never easy. The workouts are always different.”

Mixing up the workouts keeps it fun and not boring, trainer Karen Petursson said. Petursson met Shugar in the early days at her home and continued working out with her, eventually becoming certified to teach CrossFit.

“It was really, really hard, but I loved it,” Petursson said. “I feel like it’s been a benefit to my life.”

At 47, Petursson said she’s in better shape now than she was at 20. She attributes much of her success to the foundation that Shugar built and continues to grow.

“She’s really built a community here,” Petursson said. “I love being a part of it.” 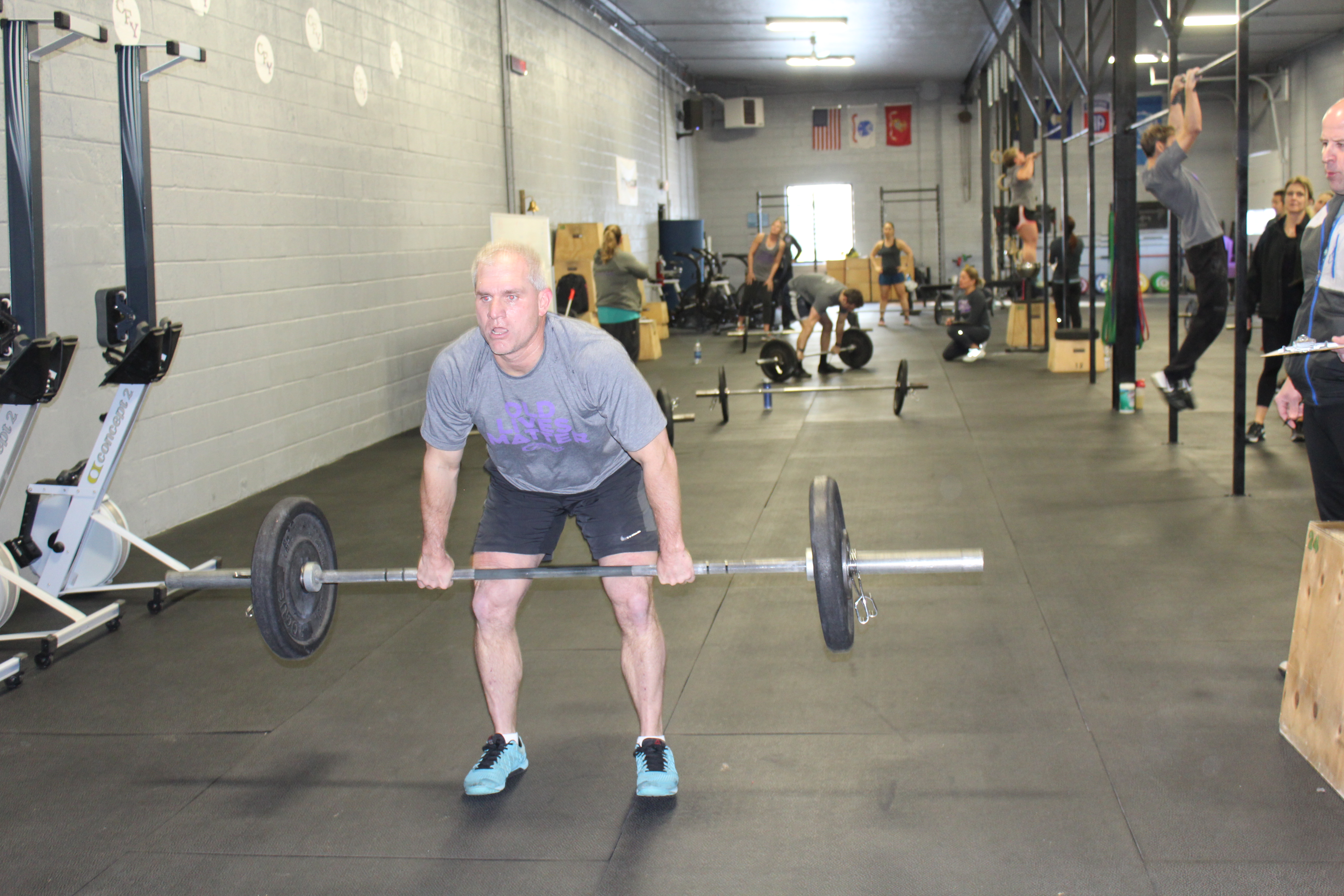 Walking into a CrossFit gym may seem intimidating as people push their bodies doing pull-ups and thrusting huge barbells overhead.

“CrossFit focuses on what you can do with your body,” Petursson said, adding that everyone is recognized for their achievements. “The last person to finish is the one who gets the most cheers.”