At the training site, which has been in the Leeper’s Shopping Center on New Falls Road for six years, pet owners can choose from three levels of obedience, two levels of rally, therapy and agility training sessions. The club is sanctioned by the American Kennel Club and follows its rules and regulations, including the testing and awarding of the AKC’s Canine Good Citizen certificate.

Each spring the club offers obedience/rally trials in April and May agility trials which are co-sponsored with the Princeton Dog Training Club.

The club’s pool of trainers – many current or former educators – teach well over 100 dogs per year, according to Lower Bucks Dog Training Club President Florence Brems. 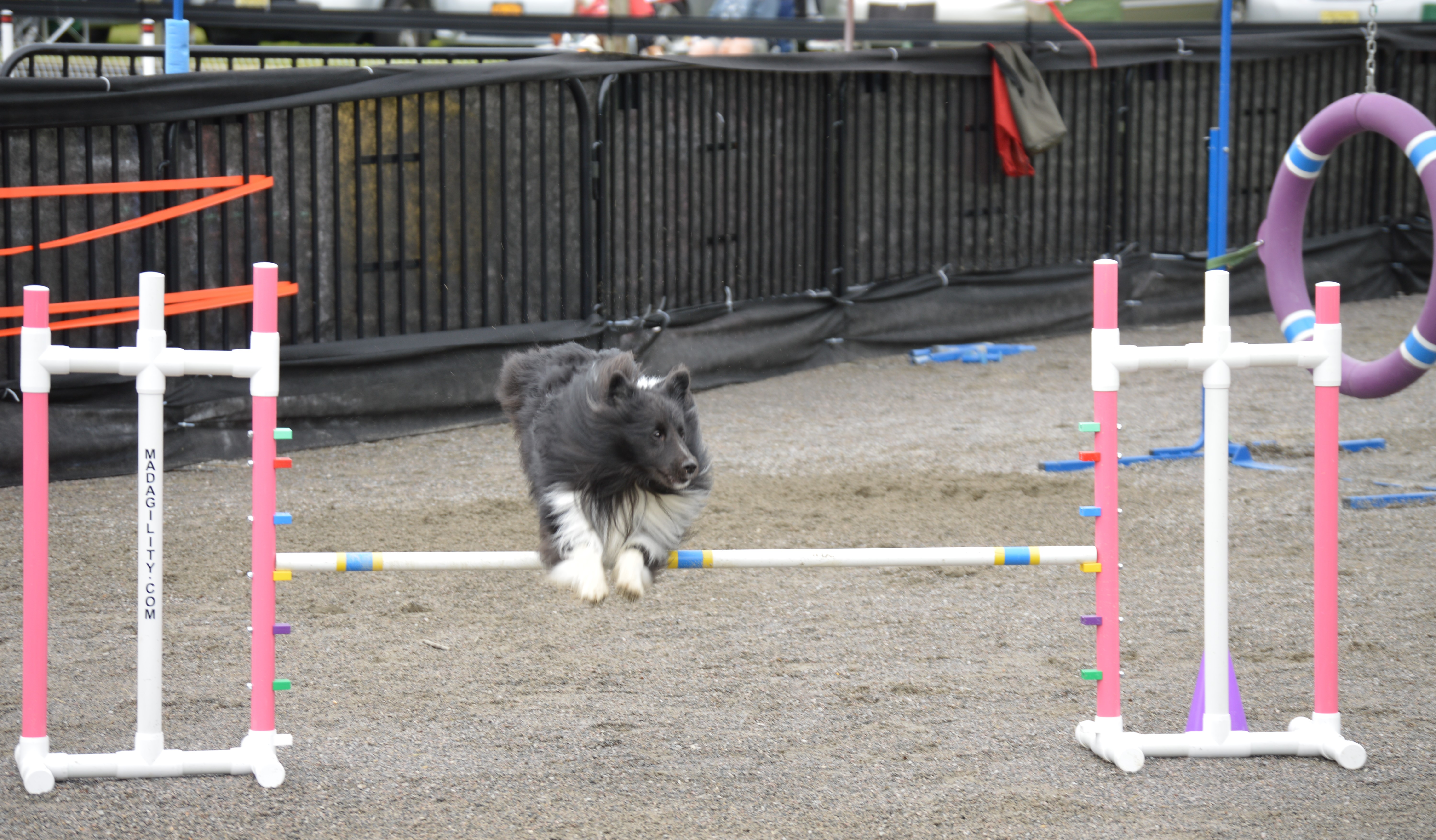 “Every dog should know to ‘sit,’ walk on a leash, ‘down,’ ‘leave it’ and ‘stay,’” Brems said. “These are all things that every pet should know. In all actuality, we train owners to train the dogs.”

The result is that, “the dogs are more in tune to you.”

For member Diane Stout’s poodle Karly, that meant following her commands on movie sets when actors were giving Karly different orders. Karly played a role in the 2015 film “Ricki and the Flash,” which starred Meryl Streep and Kevin Kline. In one of the scenes, Kline called to the dog, but Karly followed Stout’s behind-the-scenes commands. 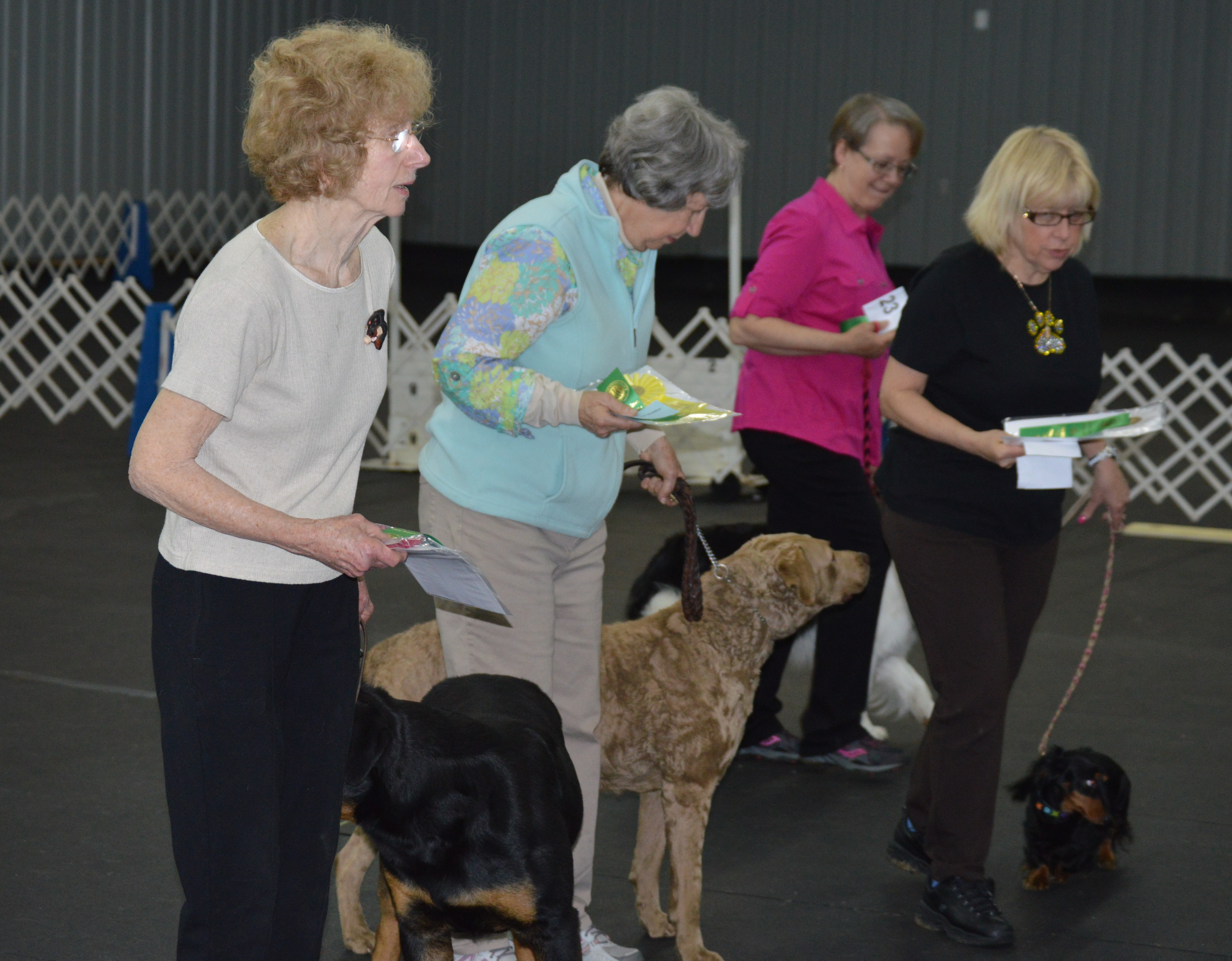 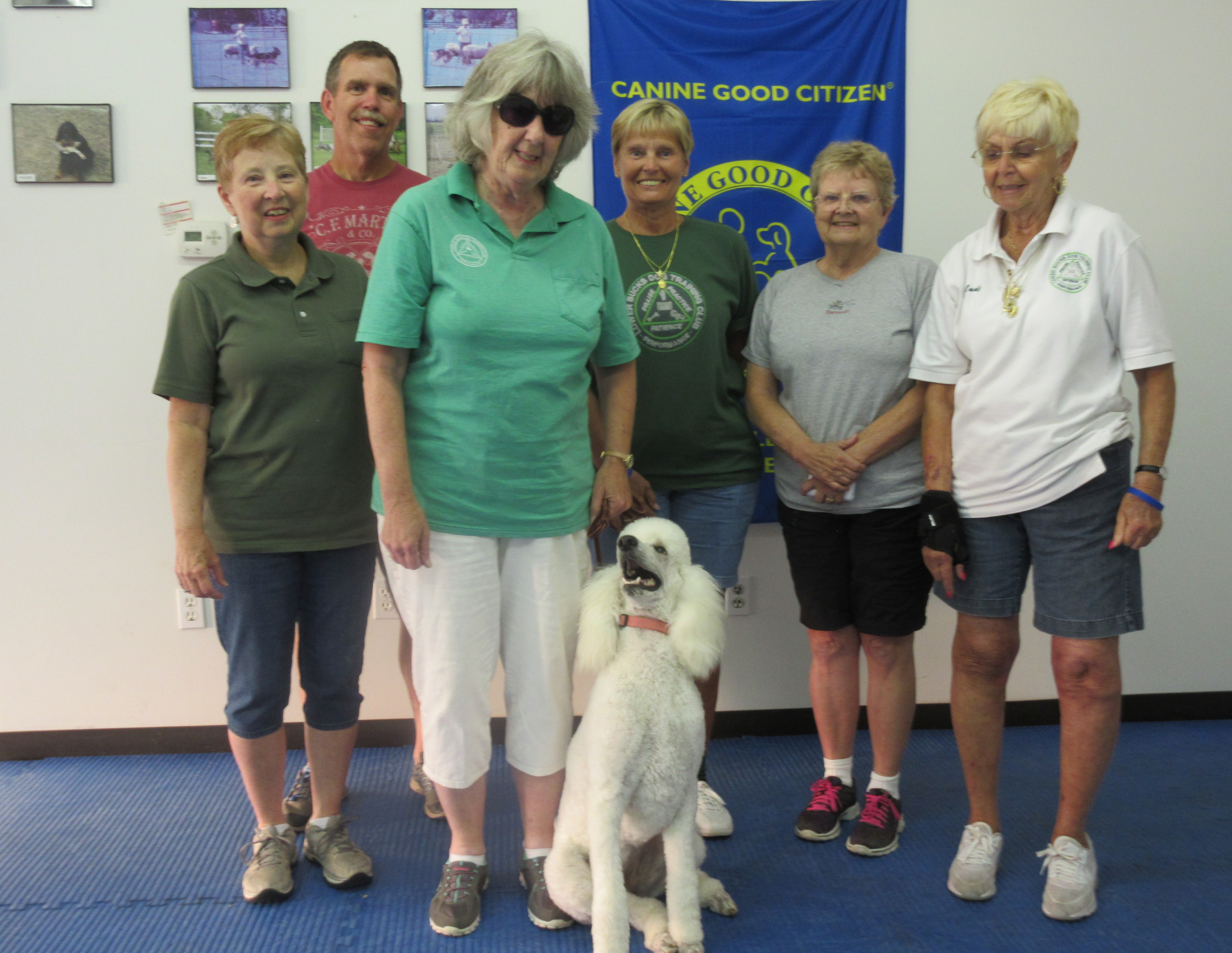 “She was supposed to be Kevin Kline’s dog, but turned out to be Meryl Streep’s dog,” Stout mused.

Karly, who has her own agent, also appeared in the Amy Schumer movie, “Trainwreck.”

Stout and other members combine verbal and non-verbal commands in training dogs, often rewarding positive behavior with a treat or play, including a ball throw.

“It makes it a lot easier to have a well-behaved, well-mannered dog,” Brems said of training, adding that all dogs benefit. “There’s so many little hints that we can give.”

The club welcomes all breeds and mixed breeds. Puppies can start training as early as 3 months old, provided the dog has had all of its shots.

“We’ve had the smallest breeds to the largest breeds in here,” member Kenneth McKinney said.

“I taught the dogs to sit next to a child who was having a hissy fit,” DiMarzio said. “The dog would learn ‘if I sit here, the kid will calm down.’”

“We care about dogs,” Brems said. “Most of us have trained dogs for years and years.”

The Lower Bucks Dog Training Club is located at 8746 New Falls Road in Levittown. Dog training classes are eight weeks long. Check the schedule posted on the Website for more details: http://lbdtc.org/schedule.html. The club has more than 50 members and accepts new members provided they attend at least three consecutive meetings, are sponsored by two existing club members and are viewed as a favorable member by most of the club. Mentoring and training opportunities are available for prospective members. To learn more about the Lower Bucks Dog Training Club visit http://lbdtc.org/ or call 215-493-1201.