Skip to content
Falls Township
How Do I...?
View all How do I...? questions and answers
Apr 20, 2021
General News
General News Parks & Recreation All Articles

Of those 30 people, 10 are in the process of being placed into treatment or evaluated for level of care needed, Whitney told the Falls Supervisors during Monday’s virtual meeting.

Falls was the first community in Bucks County to launch the Supporting Recovery Program. The grant-funded program began in February and has underlined the real need for recovery specialists.

Falls Township has had 18 overdoses so far in 2021. Two overdoses in early April, just 45 minutes apart, resulted in death, Whitney told the board.

Falls is certainly not the only community battling addiction. Drug overdoses are the number one cause of injury-related death in the U.S., killing an average of 44,000 people per year, according to American Addiction Centers.

Even with the concerted effort between the township, police, and recovery specialists, opioid addiction will take time to mitigate, Whitney said.

“It doesn’t seem like we’re getting ahead of it,” Palmer said.

In cases where police have responded to overdose or substance abuse calls at hotels, Whitney said the people are “not typically” Falls residents, but instead tend to be from Bucks County or other neighboring communities.

“It does feel like this uphill battle, because it is,” Whitney said. 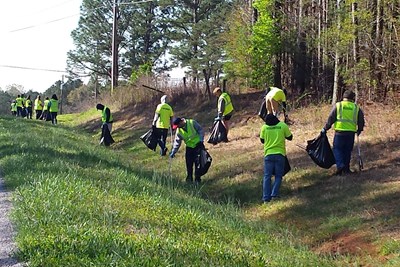