Skip to content
Falls Township
How Do I...?
View all How do I...? questions and answers
Sep 21, 2021
General News
General News Parks & Recreation All Articles

The Falls Township Board of Supervisors formally accepted the resignation of Supervisor Jeff Rocco during Monday’s hybrid meeting and announced that his replacement would be appointed during the board’s Oct. 18 meeting.

Rocco, whose term was to continue through Dec. 31, 2023, resigned last week due to time conflicts with a new job promotion.

Supervisor Jeff Boraski, who ran Monday’s meeting with Chairman Jeff Dence’s absence, said Rocco welcomed him onto the board and made him feel welcome. In Rocco’s nearly 10 years on the board, Boraski noted his friend and colleague’s accomplishments, chief among them the decision to switch all the street lights to LED.

“That was all, 100 percent him,” Boraski said. “I can’t even say how many thousands of dollars he saved the township.”

Supervisor John Palmer, who was appointed in 2020 to fill Supervisor Bob Harvie’s seat, said Rocco “was like a mentor to me” and said he had “a lot of knowledge.” Rocco, he said, is committed and determined to give his all in everything he does.

“His strength is in leadership,” Palmer said. “He’ll take anybody under his wing.”

Resumes and letters of interest for the vacant seat will be accepted through the end of business on Oct. 11. The Supervisors plan to appoint Rocco’s replacement during the next scheduled board meeting, on Oct. 18. Those interested in serving on the board can submit a resume or letter of interest to Township Manager Matthew Takita at m.takita@fallstwp.com or drop it off at the municipal building, 188 Lincoln Highway, Suite 100, Fairless Hills.

In other business, the Supervisors approved the purchase and installation of a new roof at the historic Three Arches property. The board awarded the contract to the lowest of three bidders, Hulton Contracting, in the amount of $64,000. The cost includes the removal of existing roofing and replacement.

“Nothing’s been done to that roof since the late ‘90s,” he said.

Because of the historic nature of the property, the roof replacement is “a little more challenging” and therefore more costly than a traditional roof on a home.

Township Manager Matthew Takita said the replacement will maintain the historic accuracy of the building, which is listed on the National Register of Historic Places. 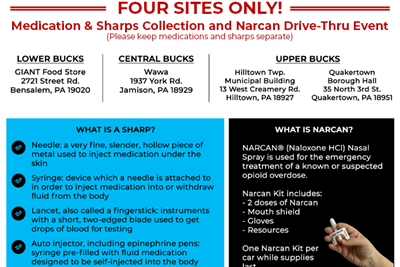